Why You Want to Go Keto

Why You Want to Go Keto 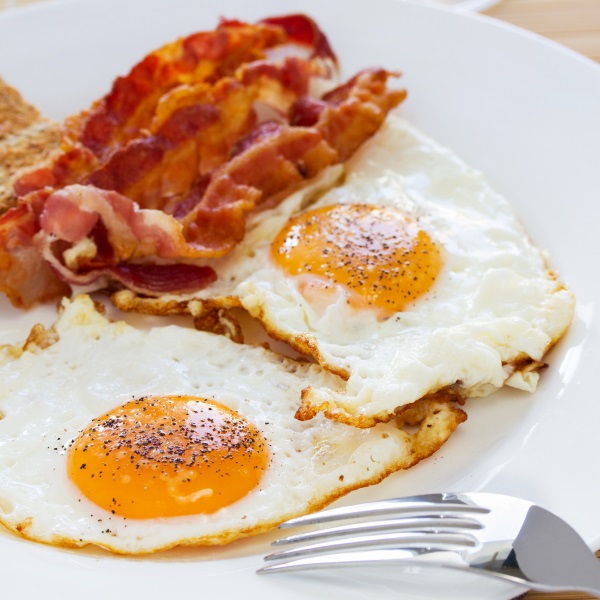 Why You Want to Go Keto The benefits, incentives, and key diet ratios.

Contrary to popular belief, a ketogenic diet isn’t simply a high-fat, adequate protein, and low-carb diet. The true definition of going keto is following a diet that forces the body to produce ketone bodies.

Yes, the diet is that simple, which means that the range of “ketogenic” diets is quite broad. These diets were first developed decades ago as a therapeutic practice for children with epilepsy and have recently experienced a renaissance in their use. People are adopting ketogenic diets to enhance body composition and to control blood glucose levels. But before embarking on this nutritional journey, you need to be very clear in understanding why you want to go keto in the first place. Depending on your reason(s), the type of ketogenic diet you implement can vary greatly. Regardless of why you choose to go keto, you will experience a host of benefits from this diet, so long as your body continues to produce ketones.

One of the most profound benefits of going keto is its ability to improve your overall health and reduce several different risk factors for a slew of diseases, the likes of which include cancer, heart disease, Alzheimer’s, and diabetes. Given that cancer cells rely heavily on glucose for their own metabolism — yet cannot use ketone bodies for fuel — starving the body of glucose could help to starve the cancer cells, too. When in ketosis you’re potentially helping lower your risk for developing cancer since you’re taking away cancer’s favorite fuel source from the body.

Perhaps most noticeably, ketogenic diets tend to provide much more satiety due to most of your daily calories coming from fat. Fat is a very slow-digesting macronutrient, so your general desire to eat is mitigated during keto. This results in fewer calories consumed when eating anything between meals. For those tracking your macronutrients this won’t matter as much, since you’re already committed to hitting your numbers, but you will still find yourself more satiated when eating a keto diet.

When followed properly, ketogenic dieting does an outstanding job of stabilizing your blood sugar levels, which have long been connected to heart disease and diabetes. If you already have diabetes, then it may come as a relief to hear that a keto diet can help you to keep your blood sugar under control, making diabetes much easier to manage. Many people see their cholesterol and blood pressure go down while on a ketogenic diet, lowering heart disease risk. Regarding metabolic syndrome, it’s been understood for quite some time that ketogenic diets greatly aid in improving insulin sensitivity as well as helping to regulate any hormones that play crucial roles in mitigating hunger, such as leptin. Many bodybuilders who go keto rave about its ability to allow them to push off meals for prolonged periods of time, which is the sort of practice that’s generally considered “taboo” in the fitness world. However, the science backs this practice up. Once the body is keto-adapted, its levels of ketone production stabilize blood sugar levels, which mitigates the “sugar crash” many high-carb dieters experience in-between meals if they don’t eat every few hours.

Literally. When eating a ketogenic diet, a plethora of foods that are often “off the table” in the bodybuilding world are now fair game. Go ahead and enjoy your mound of bacon with eggs. Hell, fry them in butter! Regardless of the type of ketogenic diet you’re using, you’re going to be consuming far more fat than normal. Time to bring back plenty of delicious foods to your meal prep list! A short list of some of the items you’ll want to re-introduce are 70/30 beef (or 80/20 beef if you can’t find it), cheese, cream, coconut oil, butter, and yes… bacon!

It is absolutely essential to know that these ratios are not comparing macros by their calorie value, but rather their mass. In examining the percentage of calories coming from each of the three macronutrients, take 1 gram of fat (if you’re on the 1:1 ratio) and multiply it by 9, as there are 9 calories for every gram of fat. For protein and carbohydrates, multiply their gram totals by 4 as each of them has 4 calories for every gram. Thus, for the ratios, you get either 1 x 9 = 9 calories of fat, 1 x 4 = 4 calories of protein and carbohydrate.

If your goal is to reap all the benefits of a ketogenic diet while still progressing as much as possible with your bodybuilding goals, a 0.5:1 or 1:1 ketogenic diet is probably the best option. This is because either of these diets will still allow for fairly high protein consumption.

Then, to derive the percentages for each of the ratios, for the 1:1 ratio you take 9 calories from fat / 13 total calories = 69% calories from fat (with protein and carbohydrates composing the remaining 31%). As a bodybuilder, you’re going to want most of the 31% of the remaining calories to come from protein, with as little as possible coming from carbohydrate (save for dietary fiber). The table below displays a range of ketogenic ratios and the percentage of calories coming from each of the three macronutrients.

If you’re eating 4,000 calories and are on a 1:1 ketogenic diet, that means that you’re eating 307 grams of fat, with a combined 307 grams of protein and carbohydrate. If you kept your carbohydrate consumption to 20 grams per day, you would still be eating 287 grams of protein daily, which is still very high in protein (about 1.5 g protein per pound for 190 lb guy, or 1.25 g protein per pound for a 230 lb guy). If you don’t have room in your diet, lower your ratios to .5:1, where you’re still getting 353 g of protein at 3,000 calories.

However, if your goal is to mitigate any metabolic dysfunction occurring in your body, then a higher ratio — a 2:1, 3:1, or 4:1 ketogenic diet — will better aid you in your goals. These diets are generally low in protein (assuming a fairly normal caloric intake) and your body’s ketone production will be higher, as there will be less available substrate available to turn into glucose. While carbohydrates are always kept low on keto, high-enough levels of protein can spur a process called gluconeogenesis, which is the conversion of amino acids into glucose. The only instance in which this occurs is when the body is deprived of glucose, which will be the case when you’re in ketosis.

Keep doing your homework for the next few weeks. Stack up on some keto-friendly foods and snacks. This time next month, we’ll teach you how to prepare for the most nutritionally rewarding experience of your life.